Carrying these at one of my favorite local shoe boutiques. Though I prefer a heel, I feel so validated.
Posted by KMSB at 9:57 PM No comments:

My business website, http://www.katherinebass.com/, is live! I invite you to peruse its contents and check out the fun tips. Take the "Are you in wardrobe distress?" quiz to determine whether you are in need of services.

My fabulous design team, Diana and Wendy from 5 by 5 Design, were wonderful to work with -- they were patient, creative and supportive, going above and beyond to ensure that my business identity, website and collateral materials reflect my philosophy and style. They also invited me to be a guest author on their site in the month of June. Check out the article. Thanks, 5 by 5, for your fantastic work!
Posted by KMSB at 10:43 AM No comments:

Recently, my husband and I decided to embark on a Total Money Makover, setting a goal to pay off all of our debt in two years or less (the exception is our home mortgage, which will get tackled after that). Since we don't carry credit card balances, this should be a feat we can accomplish with only a small bit of pain.

Now getting to the pain part...we agreed to an equal amount of "mad money" throughout the month. I have to use mine for any purchases that are just for me; same goes for him. Let me tell you that it doesn't stretch very far when you love shoes and jewelry as much as I do, especially when you factor in personal services (e.g., haircut, pedicure, etc.), lunch at work or evening out with girlfriends -- it all comes out of the same stash. I've been taking a lot of turkey sandwiches for lunch these days...

So I've been shopping from my closet quite a bit lately. That fact that we're in the midst of a season change and the natural transition of my closet from winter to summer plays a helpful role in my self-deception, making things feel new. I'm delighted to rediscover a few pieces that are feeling fresh again, often with something as simple as a shoe change. I pulled out a couple of knit dresses in the last week or two. Instead of an as-usual pairing with a sandal or wedge, I pulled on my Seychelles low wedge boot that I recently scored at Nordstrom Rack for less than $40 (great fit for the Total Money Makeover budget). 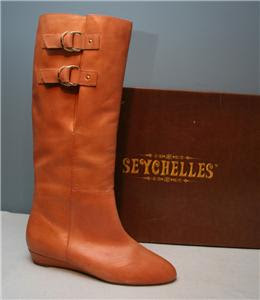 With a jean jacket (or slightly upgraded, casual blazer) this combination is a great way to extend the seasonality of your summery dresses. 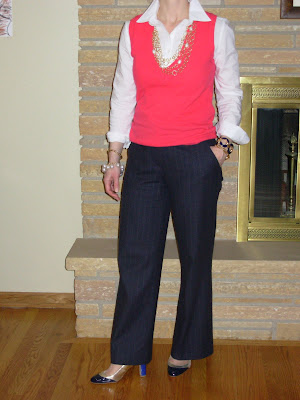 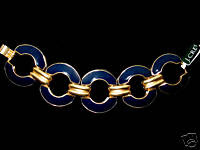 A couple of tips:

I like to think of myself as a pragmatic lover of fashion. I love my stilettos, and they're fab when I'm at work or out for dinner, but you won't catch me in the sky-highs when I'm facing a day jammed with errands. (Neither will you find me in my running shoes -- a comfortable wedge does the trick...it's a slippery slope towards sloppy.) An outdoor wedding calls for a stylish flat sandal rather than a skinny heel that will leave you -- literally -- with a sinking feeling. And in the winter, snow boots are a must. Picking your way through the ice with your heels on is a sure-fire way to end up in the ER with a broken hip. And, unless you're Snoop Dogg, it's difficult to make walking with a cane fashionable.

This is a long way of saying...the right shoe for the job. Especially in these economic times -- it's irresponsible not to protect your investment in your footwear. The reality of living in a cold, snowy climate is that you can't wear your cute shoes outside in the winter unless you have a personal car and driver that offers door-to-door service (one can dream). Wear boots! Nothing ruins shoes faster than exposure to water, sand and salt. Get a big work tote and carry your shoes with you.

Along the same lines...tuck your pants into your boots. It's not fashionable when you're trudging through the parking lot, but it's far worse to drag your hem through the muck. I'm a big fan of investing in pieces that last rather than buying disposable clothing. But the "pieces that last" part depends on care and maintenance.

My motto? Look smart, be smart.
Posted by KMSB at 4:59 PM No comments: 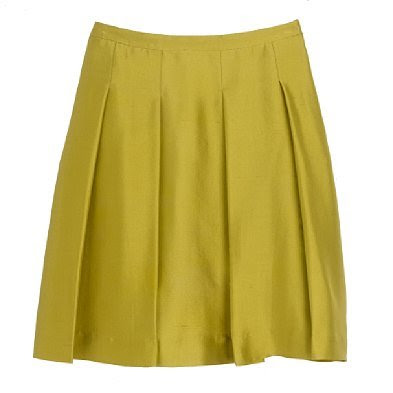 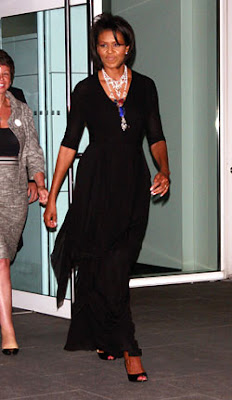 Much has been written these past months about the fashionable stylings of Michelle Obama...her chic look, the accessibility of her style, her statuesque figure. I admit it. I too have been swept up in the discussions about her selection of gowns. At the same time, I've been disappointed that newsmakers seem more interested in her fashion sense than her brain. Candidly, I tried to take a principled stand against the media hoopla, but I can't keep my mouse from gliding over to the teasers to check out the fashion world's take on her choices and clicking to my heart's content.

Ever since I became aware of the pernicious stereotypes about feminists (aka hairy, man-hating lesbians who never wear lipstick) and fashionistas (shallow, nasty dingbats seeking rich husbands to support their shopping habits), I've felt an internal struggle about what I love. How could I be a smart, (mostly) capable wife and mother, a fierce advocate of equality and social justice, a contributor to community improvement, delight in the successful sale-stalking of an item at JCrew AND a lip gloss junkie?

Here's what I love about our new First Lady -- she is a transcendant role model for women. She's smart as hell, warm, sincere, open and giving. She has shown her commitment to fighting for dignity and respect for military families and the burdens that military wives shoulder for our country. What could be more feminist than that?

She is clearly fiercely protective of her family and enforces rules for creating order, discipline and predictability in her household. She obviously adores her husband, but unlike other, more reverential First Ladies of the past, she has said, "He's a gifted man, but in the end, he's just a man."

Educated at Princeton and Harvard, she's had a successful career in her own right. No one can doubt her strong mind and intellect. No one could question her strength or confidence.

And she loves to shop. She has a taste for the off-the-rack retailers like JCrew and White House/Black Market mixed with the sublime...Narciso Rodriguez, anyone? She loves a good deal. And yes, she also rocks the Jimmy Choos.

How...liberating! But isn't this just what feminism is? Be who you are...don't apologize for it...fight for what you believe in...celebrate...love with abandon...be beautiful, in your own way, inside and out.

So, yes, this is a new skirt. Now ask me how I'm going to help change the world.
Posted by KMSB at 11:42 AM No comments: